How I Weird with Danger Slater

HOW I WEIRD WITH DANGER SLATER

Danger Slater is a lovely chap. He’s the kind of guy you can trust with your brain with. He’ll take your brain out on a date. Sure. He’ll wear a suit and bring flowers and will bring it back by the scheduled curfew. Okay. But look what’s done! That ain’t your brain anymore. He’s gone and made balloon animals out of your imagination and is playing your amygdala like a bugle horn!

But boy is that a catchy tune, you think as you click your fingers and hum along.

Readers of his work will already know that he’s extremely flammable, can talk to insects, and has quite large eyes. He’s also a cracking author of some incredible bizarro books like the Wonderland Book Award Winner – I Will Rot Without You and his latest slice of absurdity – Impossible James.

Join me as we crack open this little walnut and see what’s crawling around inside.

NOTABLE WORK – I Will Rot Without You, I suppose.

WHAT DO YOU WRITE WITH – My hands. I use them to type words on a keyboard. It’s wild, you gotta try it.

ONE WORD THAT BEST DESCRIBES YOUR MIND – Flubber

CAN WE SEE  A PICTURE OF WHERE YOU WRITE – Yeah, go Google ‘bathroom’ and my writing area looks pretty similar to that.

WHAT WAS YOUR INTRODUCTION TO BIZARRO – the Bizarro Starter Kit books that Eraserhead used to put out functioned a lot like a sampler of several early Bizarro author’s works.

WHAT IS YOUR FAVOURITE BIZARRO-ADJACENT MOVIE OR BOOK – The Greasy Strangler is a pretty good recent favorite. But weird shit has been around since movies began. Even A Trip to the Moon, the Melies film from 1902, is basically an Adult Swim short.

HOW DO YOU RECHARGE – Reading. And playing with my cat. I go out to eat a lot. I like that.

WHO WOULD YOU LIKE TO SEE ANSWER THESE QUESTIONS – I can answer them again, if you like?

WE’LL BE IN TOUCH!

Check out more of Danger’s work on his blog,  follow him over on Twitter, and check out his books over on Amazon.

On a lawless frontier of fiber optic plains, Jeph longs only for a simple life with his husband in their house that floats on a laser beam. Then comes a posse of his old war buddies—the coolest, baddest, razor-sharpest gunslingers on the prairie. They’re on a quest to steal the Red Orb, the world’s most addictive laser weapon, and they want Jeph’s tireless skills with a gun. All that stands in their way are a bunch of NERDS. Obsessive, entitled, consumerist, know-it-all nerds, squirreled away in a decadent secret city where even an ancient doomsday device can be lost to the detritus of pop culture. Nerds are the opposite of cool—speaking in references and catchphrases—mindlessly worshiping the convoluted mythologies of their favorite STUFF. They’ve no idea that the smoothest criminals in the land are coming to rob them blind.It should be an easy score, but nerds ruin everything. Old Jeph will have to fight for his life if he wants to escape this quagmire of toxic fandom and return to his LASER HOUSE ON THE PRAIRIE. 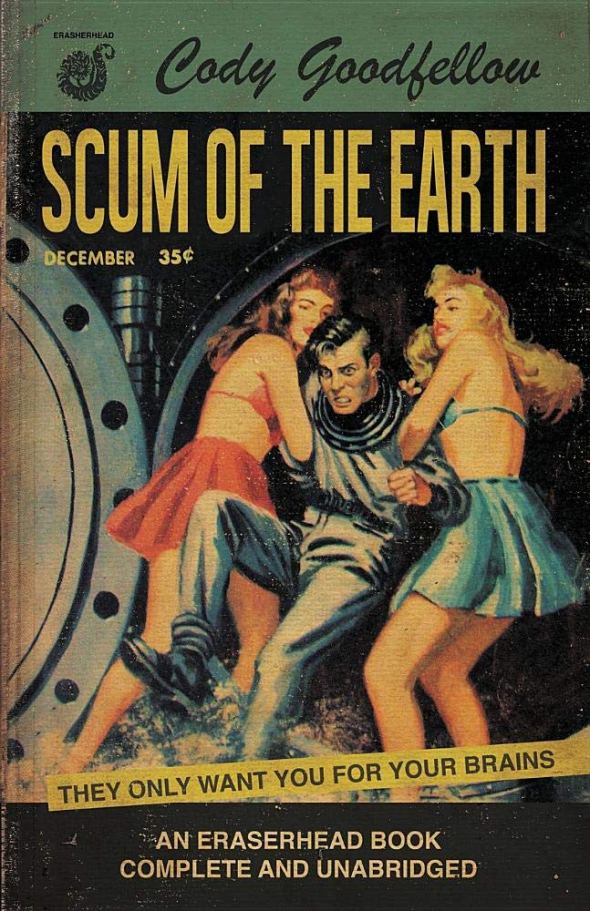 THEY CAME TO RAID… THEY STAYED TO GET LAID!

For centuries, alien drug-runners plundered the Earth, harvesting organs and freebasing fear. Few drugs could match the potency of humanity’s dysfunctional two-stroke brains, so the Intergalactic Enforcement Force burned it down.

Now, the last scattered, ragtag pockets of humanity strewn across a hundred backwater worlds are the most sought-after cash crop in the universe, and their only hope lies in the unsteady, oversexed hands of a pirate crew of intergalactic trash under the command of a devious cutthroat nymphomaniac known as Callista Chrome.

But to save the unworthy human race, Callista and her drug-hungry horde will have to go through conniving alien cartels, buzzkill narcs, priapic platypuses, polymorphic ex’s and bloodthirsty space-Vikings before facing the most devastating enemy in the worst place in the known universe… home.

My father was dying. There was no hope. Then he took a screwdriver to the brain. Got pregnant. And found the cure for death.

“Danger Slater is fearless and should be ashamed of himself. Thank God he’s not.” — JOSH MALERMAN, author of Bird Box

“If Richard Brautigan and William S. Burroughs had a baby it would be Danger Slater” — THE HORROR REVIEW 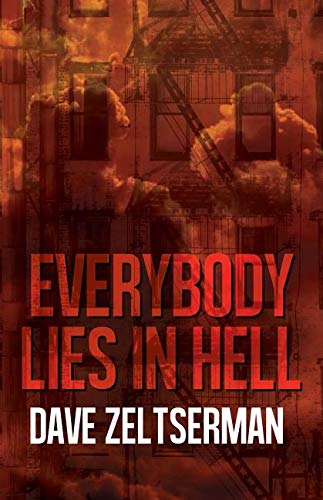 “In Everybody Lies in Hell Mike Stone’s eternal damnation is a private detective’s office in a re-imagined Brooklyn. In Hell, the beautiful woman with a case opens a literal Pandora’s Box, and Stone is soon inundated by all-too-recognizable evils and lies of Hell’s tortured souls, powerful ancient demons and devils, and haunting personal ones. Classic pulp, noir, and horror–think James N. Cain and Bukowski and Palahniuk–are all ground up in a blender and the result is a nasty, wild, and ultimately redemptive novel that only Dave Zeltserman could write.”
–Paul Tremblay, author of A Head Full of Ghosts

Hell can be a tricky place with all of its rules. Mike Stone, hell’s lone practicing private eye, thinks he has it figured out, and more often than not, solves the cases that come his way. It’s not easy, though. Not with the fact that everyone in hell lies. And not with having to worry about a barbaric warlord from a long-forgotten time after his head. Or a compatriot of Vlad the Impaler wanting to purify his soul in a chamber of horrors for all eternity. Or that his circa 1992 Brooklyn private hell might be absorbed at any moment by a more aware soul. And then there’s that creepy Mortuary Man and whatever his agenda might be.

When Stone takes on a young woman as a client who wants him to find out who murdered her, it turns out to be his most dangerous case yet, and what he discovers might just be Hell’s biggest secret.

With an encyclopaedic knowledge of cake, and exclusive access to the church’s stockpile of holy weapons, the Order of the Crimson Rosary are on the frontline in the eternal war between good and evil. Whether it’s repelling demonic possession, judging the authenticity of supposed miracles or having the final say on the colour of bunting at church fetes, the organisation’s members sacrifice their own freedom to keep the world safe.

Father Flynn, the top operative in the UK, has been responsible for a number of recent high profile gaffs. Given an ultimatum, he must choose between returning to his old job of preserving the last microfiche machine in the church’s library, or submit himself for rehabilitation.

Yet evil doesn’t take a ticket and wait in line, as the dreaded cannibal nuns from outer space land to begin their annual harvest. Can Flynn get himself sober enough to repel their evil machinations? Or will another idyllic British village become the nun’s latest buffet?

One thing’s for certain, to beat them, Father Flynn is going to have to kick the habit.

Book two in the GoreCom series, this time it’s highly trained priests facing off against the titular cannibal nuns from outer space. Can the finest Crimson Rosary operatives in the UK thwart the nefarious plan to reduce another population centre to compote?

“Toss Kafka, David Lynch, and a pinch of Flannery O’Connor in a blender and you just might end up with The Drive-Thru Crematorium. A thoroughly baffling, unsettling, and mesmerizing journey into madness.” – Dave Zeltserman, author of Everybody Lies in Hell

Stanley Maddox lives a mundane life in a nondescript town. His wife is cheating on him, his colleagues at work don’t recognize him, and he has recently noticed a mysterious creature darting its way through his house. When he notices a flap of skin on his face, he begins pulling. Beneath his skin lies another person, an evil person, with the power to change his life forever. 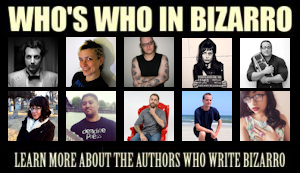 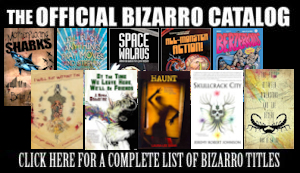 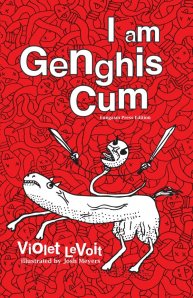 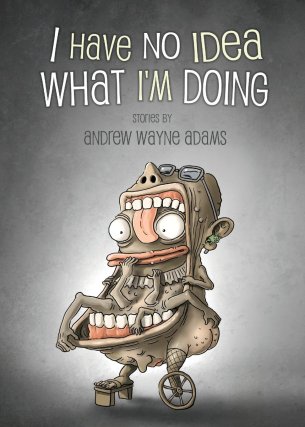 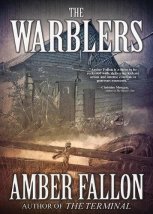 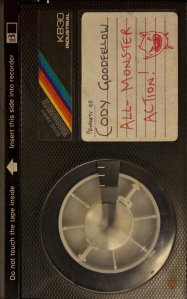 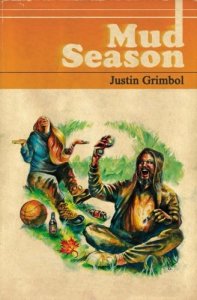 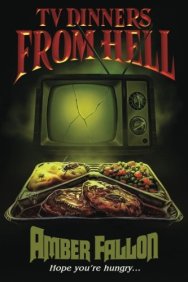 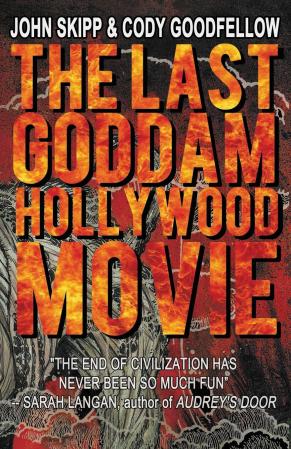 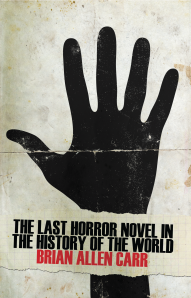 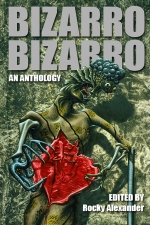 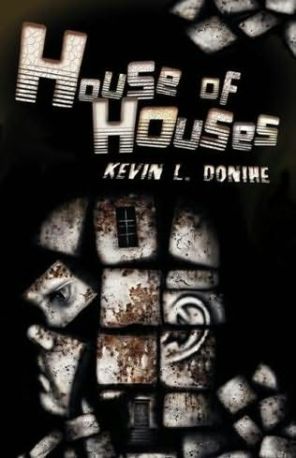